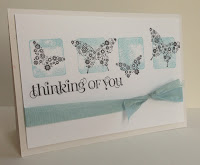 After participating in a cyberstamp over the weekend I thought I would check out the Mojo Monday Sketch, it's a very long time since I had time to make a card for this challenge.  Well, this ANZAC Day public holiday whilst watching the AFL Collingwood Vs Essendon match was the time.

This is a clean and simple design using the clear blocks as a background colour in my favourite Baja Breeze which is sadly retiring when the new catalogue is released. Then I just stamped the butterflies straight on top and then finished it with some matching ribbon all finished in a few minutes. Here is a close up of those blocks stamped in Baja Breeze, it makes a wonderful background with lots of texture.

Posted by Kathryn Mangelsdorf at 5:09 PM No comments:

ANZAC Day...Remembering my time in Thailand

Anzac Day is a national day of remembrance in Australia and New Zealand that broadly commemorates all who served and died in all wars, conflicts, and peacekeeping operations and the contribution and suffering of all those who have served.  Originally 25 April every year was to honour the members of the Australian and New Zealand Army Corps (ANZAC) who fought at Gallipoli during World War I.  Next year will the 100 anniversary of this special day.

I would like to share a couple of emotional moments I experienced in Thailand visiting the Death Railway, the Bridge over River Kwai and Hellfire Pass which were constructed during World War II by allied Prisoners of War for the Burma Railway. 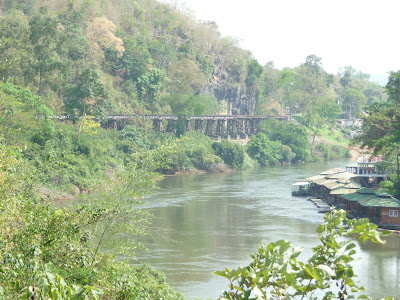 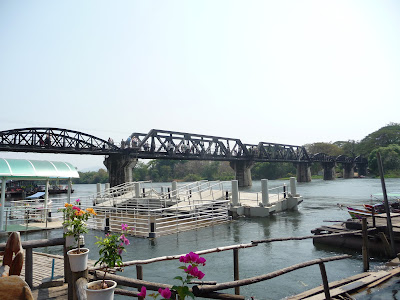 The famous bridge, "Bridge over River Kwai" built by Prisoners of War
during World War II at Kanchanaburi 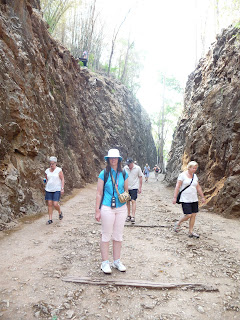 Hellfire Pass, a vast embankment of stone cut out by the Prisoners of War constructed for the
Burma to Thailand Railway  maintained by the Hellfire Pass Memorial Museum 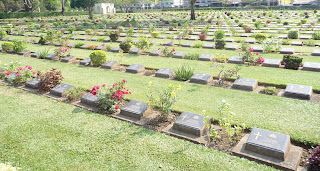 Thousands of graves of Australian, British and Dutch prisoners
who died whilst building the Burma Railway at the Allies Cemetery.

Posted by Kathryn Mangelsdorf at 12:28 PM No comments:

At the weekend I participated in a Cyberstamp with lots of challenges and after I had an inspiring afternoon with my card class ladies on Saturday, I made this wonderful card using the mannequin from the Dress Up Framelits Dies which were kindly given to me by Marlene Robins.  The dress was a case from the very talented Monica Gale.

This was the sketch we were given and I did rotate it, and made this card with my left over supplies from the class. 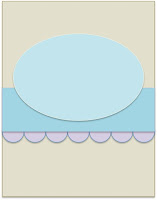 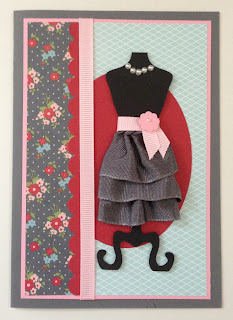 Just had to show you another close up of that beautiful dress made from the Two-Tone Ribbon which is featured in the Seasonal Catalogue and comes in the Basic Grey/Basic Black (which I used) or the Pink Pirouette/Rose Red combination. 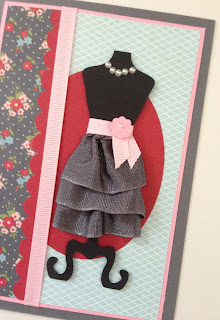 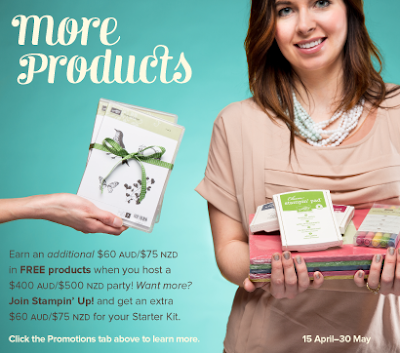 Hostess Offer
Ever wish you had more money to spend on Stampin’ Up! products? Consider it done. Between 15 April and 30 May just host a $400 or higher party and earn an additional $60 in FREE products! That’s on top of the hostess dollars and benefits you already get! Take a look at our already-awesome hostess benefits that you’ll get to ADD more hostess dollars to: 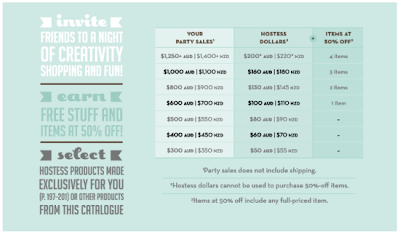 Join Offer
Ever wish you had more money to spend on Stampin’ Up! products? Consider it done. Join Stampin’ Up! before 30 May and get an extra $60 for your Starter Kit.

Posted by Kathryn Mangelsdorf at 8:22 PM No comments:


These new cases are similar to the clear-mount boxes and fit perfectly on the shelf right next to them.
They also have the images and stamp set name on the spine to make your search for the right set even easier.

Starting 1 July all wood-mount sets will come in this new packaging, and empty cases will be available with the launch of the new catalogue. That means you can transfer all your old sets to these new boxes! There will even be a template for you to create your own label for your old stamp sets (available 1 July). 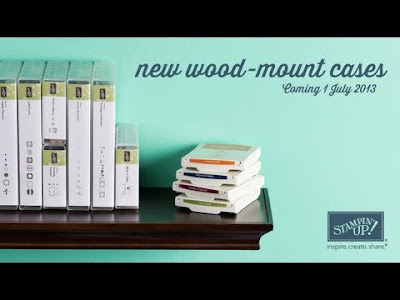 Posted by Kathryn Mangelsdorf at 9:33 PM No comments:

What beautiful weather we have had here in the Adelaide Hills, the night's are getting chilly but the days are just so warm and sunny.  I spent some time outdoors in the garden tidying it up this morning (together with the washing and cleaning) and then have just walked down to the main street and enjoyed the fresh air on my day off.

I am sharing with you some of my favourite size cards today which are 3 3/4" square - you get 3 out of just one piece of A4 cardstock and I have teamed them up with the Sent with Love stamp set, designer series paper and matching baker's twine which are all just available for a limited time.  I used all the ink colours featured in the dsp, which makes them all matching and a great gift for you to give to a friend. 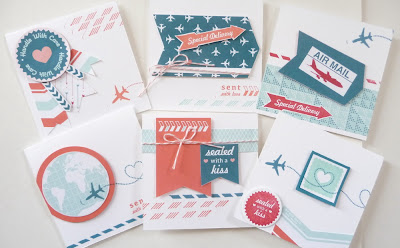 Wow, I can not believe another announcement from Stampin' Up today.

I go to work at 2.00 pm and return after a late shift close at 8.00 pm to some wonderful and very exciting news about 10 new colours released in the upcoming Annual Catalogue, so if you have some favourite colours, place your order for inks, cardstock, markers etc as they will only be available until stocks last. 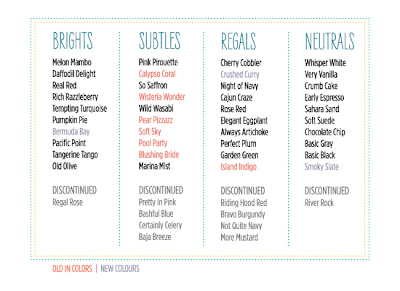 Posted by Kathryn Mangelsdorf at 10:06 PM No comments:

Posted by Kathryn Mangelsdorf at 10:47 AM No comments:

Use the Sent with Love product suite to make an array of travel-themed projects; it's sure to be a hit! 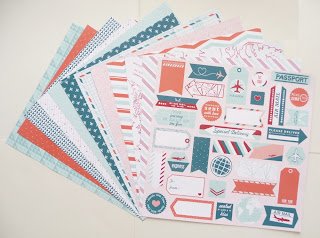 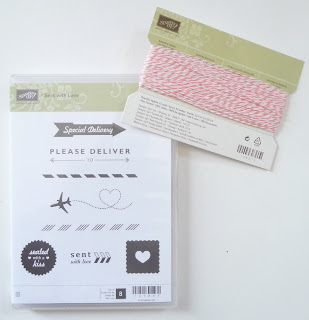 The Sent with Love Stamp Set and Sent with Love Designer Series Paper are only available during this special offer. After 15 June, they'll both fly away!

Posted by Kathryn Mangelsdorf at 7:40 PM No comments: 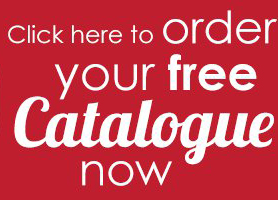 Would you like a free catalogue mailed to you? 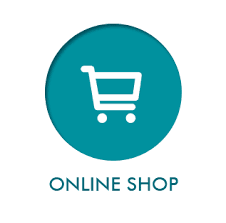 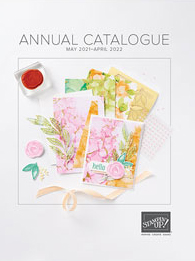 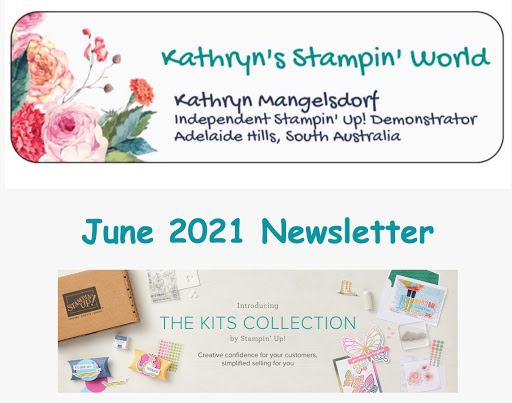 Receive my monthly newsletter with great deals and inspiration 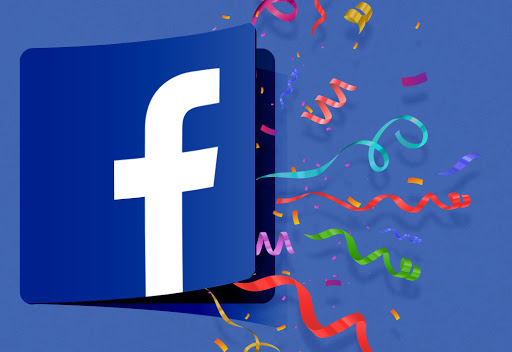 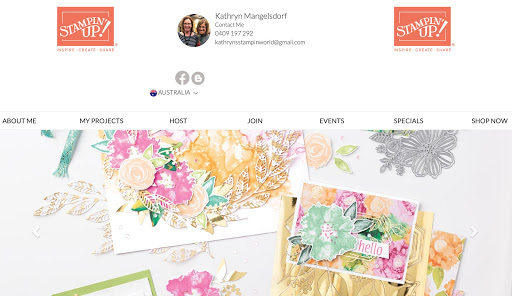 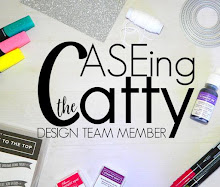 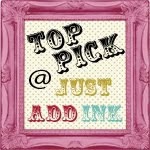 The content of this blog is the sole responsibility of Kathryn Mangelsdorf Independent Stampin' Up! Demonstrator. The use of and content of the classes, services, or products offered on this site is not endorsed by Stampin' Up! Some stamped images on this page are copyright 1990-2021 Stampin' Up!

Designs on this page are copyright Kathryn Mangelsdorf 2008-2021 unless otherwise attributed. All designs and tutorials are for your personal inspiration only. As per Stampin' Up! policy, I am only able to sell Stampin' Up! products and give Stampin' Up! prizes to Australian residents. Thanks for understanding, now enjoy my blog!